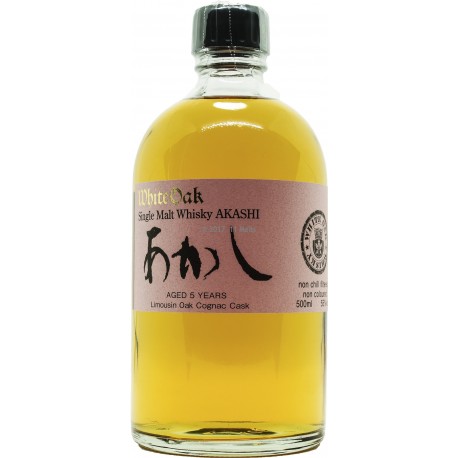 Eigashima, the sake and shochu producer who owns the White Oak distillery, have been in the whisky business for a long time but only released their first single malt in 2007. Their whisky range is now famously known by the name "Akashi". The business dates back to 1888 and they were the first whisky maker in 1919, even before the times of Suntory and Nikka. The distillery is located in the city of Akashi in Hyogo Prefecture, west of Kobe, facing the Seto Inland Sea. Akashi whisky is the only whisky in the world that is made by a Toji (grand-master in the art of sake making) by implementing sake-making methodologies into the whisky making process. Production at White Oak is extremely limited, as the stills only operate for one month every year.